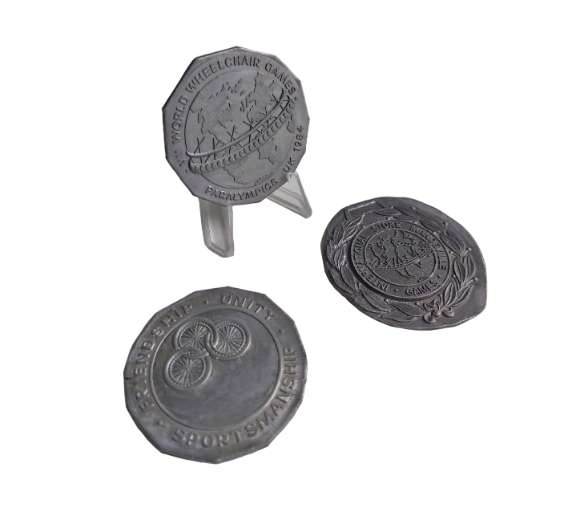 We’re delighted to be taking part in a county-wide celebration of the Paralympic legacy, ten years on from the 2012 games.

Together We Build is a project to share the story of the Paralympics, the forerunner of which Dr Guttmann started in Stoke Mandeville in the 1940s; now known all over the world.  We have recruited 10 disabled Community Curators who have chosen objects from the National Paralympic Heritage Trust, Buckinghamshire Archives, Discover Bucks Museum and Waddesdon Manor’s collections.  These items will be displayed across the County in cultural venues.  None of these objects have been on display before.

The project celebrates the 10-year anniversary of the London 2012 Paralympics, honouring the work of Dr Guttmann and the heritage and stories linked to this amazing event. We are extremely proud to be working with a group of passionate Community Curators, who are bringing their voices to the project and sharing their stories too.

This is a chance to see a selection of Paralympic objects that have not been on display before, including: the Tokyo 2020 Torch, a Paralympic Athlete’s shirt designed by Stella McCartney for 2012, the Swaypole Dress and Gravity Corset from the 2012 Paralympic Opening Ceremony, lion and futuristic mascots and Chris Hallam’s Racing Wheelchair, among others. These items will be on display at venues across the County and via our virtual gallery.

At Discover Bucks Museum, the following 2 objects have been chosen by Community Curator Ben Laferella and will be on display until 4 November 2022:

Unfinished medals from the early Games 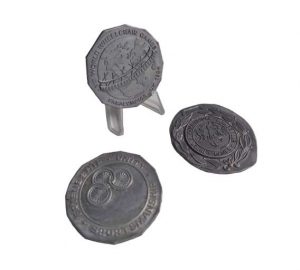 These medals are from the early Games called the International Stoke Mandeville Games, which later became the Paralympics. The early medals were made by patients in the National Spinal Injuries Centre as part of their rehabilitation, their unfinished state reminds us of how the early Games were run like a cottage industry from Stoke Mandeville Hospital.

Sculpture of the twins Romulus, Remus, and the mother wolf.

This sculpture was given to Professor Sir Ludwig Guttmann as a gift two years following the success of the first Paralympic Games in Rome 1960. In recognition of his help in making the 1960 Rome International Stoke Mandeville Games happen, this sculpture of the twins Romulus, Remus and the wolf that suckled them in the mythology of the founding of Rome was given to Ludwig Guttmann as a gift. It is dated the year 1962 and from the I.N.A.I.L (National Institute for Insurance Against Accidents at Work). As well as the Games, Ludwig had supported the development of a Paraplegics Centre at the Villa Marina in Ostia, Rome.

Click here for more information about the county-wide project, led by Buckinghamshire Culture.

You can view the Together We Build Virtual Gallery here: https://www.artsteps.com/view/62f62f8ffe8b43a410c1dc86 (this is best viewed on mobiles via the Artsteps app, or via laptop browsers). The Virtual Exhibition brings all of the objects and Community Curator stories together in one place, and can be viewed from home or on the move.